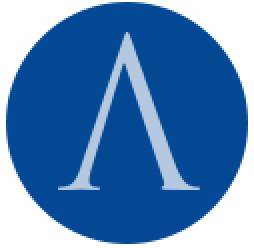 The Fund is empowered to issue and redeem shares divided into different classes representing one or more managed portfolios. Each portfolio ...

Boris Johnson says he had an "extraordinary" call with President Putin before the Ukraine invasion.

Ben Crump says Nichols' death at the hands of police should spur US lawmakers to stop further tragedies.

Olympics chiefs say Russian and Belarusian athletes could compete as neutrals, but Ukraine opposes the move.

The president said he would not support Sweden's bid until it extradited dozens of "terrorists".

Pinnacle recognises the value in Indian Steel, with it expected to become the second largest steel producer in the world by 2016. India’s crude steel capacity reached 109.85 Million Tonnes in 2014/15 (a growth of 7.4%)...

Click the below link to find our current investment analysis.

Market Quotes are powered by Investing.com

This area is only available to registered investors. For secure investor login please click the link below.

If you have any issues facing logging in please contact the Fund Administrator.

Rio Tinto says the object went missing while it was being transported 1,400km in Western Australia.

Over-50s at work: 'You feel your usefulness has passed'

Ryanair and EasyJet ready to snap up Flybe staff

Airlines are inviting employees of the collapsed airline to fill vacancies for cabin crew and other roles.

Last week the Indian firm owned by Asia's richest man had more than $50bn wiped off its market value.

Currency
GBP JPY 185.28/33 USDCHF 1.0240/44 EURCHF 1.0873/78 GBPCHF 1.542/87 GBP JPY 185.28/33 USDCHF 1.0240/44 EURCHF GBP JPY
The Pinnacle Investment Fund SPC Limited (referred to as "Fund") is an open ended multi class exempted segregated portfolio company incorporated with limited liability in the Cayman Islands. (CR-273650)which is authorised and regulated by the Cayman Islands Monetory Authority. Please remember past performance is not a guide to future performance. The value of an investment and the income from it can fall as well as rise as a result of currency and market fluctuations and you may not get back the amount originally invested.